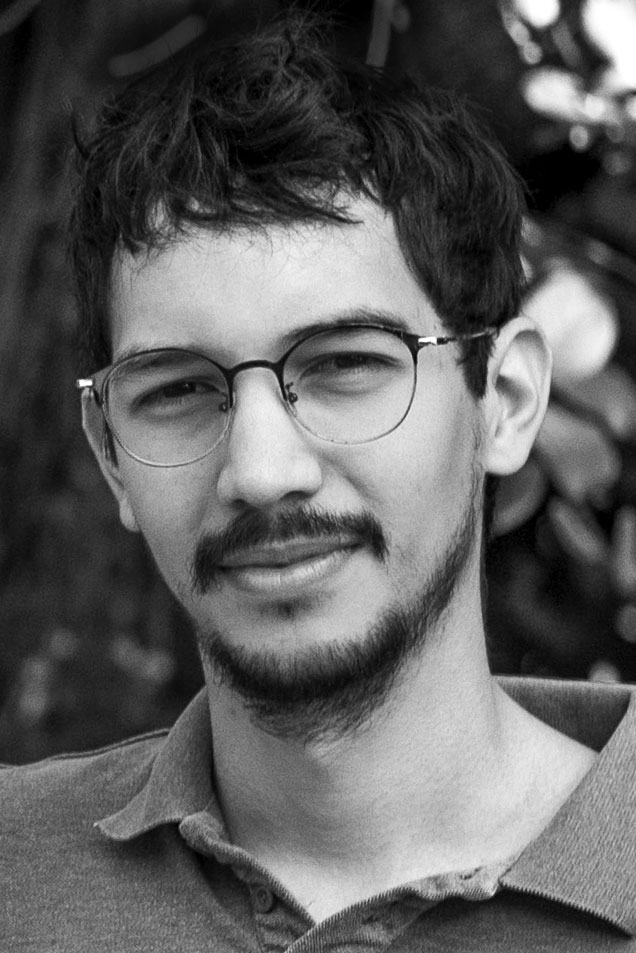 «Miguel Escobar was born in Cali, in Valle del Cauca, Colombia in 1992. In 2017 received his Bachelor’s degree in Plastic Arts at the Instituto Departamental de Bellas Artes (Departamental Institute of Fine Arts), in Cali, Colombia with a Distinction for his Bachelor Project “Ejercicios de Reconocimiento de Masas” (2017). During that time Miguel had the opportunity to participate in projects and events with the support of the Colombian Ministry of Culture and other cultural institutions. One of these is events was “CALCO Young Art from Cali Show” (CALCO Muestra de Arte Joven de Cali) where he received a Honourable Mention for his work “Condor del Tiempo” (2013); With the support of the University of Los Andes and the Colombian Ministry of Culture he participated in the exhibition “Narrativa Atemporal” (2016) at the Museo de la Independencia – Casa del Florero. After finishing his Bachelor studies with a merit distiction, he started participating in exhibitions outside Colombia such as “Byte Footage Festival”, at the Palacio de Correo of Buenos Aires, Argentina or “A la Distancia, Muestra de Video-Arte Colombiano”, at the Federal Baltic University Immanuel Kant, Kaliningrad, Russia, both events in the year 2018. One year later he enrolled in the Preparatory Program for the Master in Fine Arts at LUCA School of arts, which he successfully completed. Miguel Escobar is currently on a Master in Fine Arts at LUCA School of Arts in Brussels, Belgium, where he lives and works. »

This website uses cookies to improve your experience while you navigate through the website. Out of these cookies, the cookies that are categorized as necessary are stored on your browser as they are essential for the working of basic functionalities of the website. We also use third-party cookies that help us analyze and understand how you use this website. These cookies will be stored in your browser only with your consent. You also have the option to opt-out of these cookies. But opting out of some of these cookies may have an effect on your browsing experience.
Necessary Siempre activado
Necessary cookies are absolutely essential for the website to function properly. This category only includes cookies that ensures basic functionalities and security features of the website. These cookies do not store any personal information.
Non-necessary
Any cookies that may not be particularly necessary for the website to function and is used specifically to collect user personal data via analytics, ads, other embedded contents are termed as non-necessary cookies. It is mandatory to procure user consent prior to running these cookies on your website.
GUARDAR Y ACEPTAR